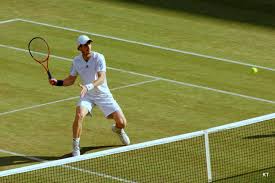 The opening day of the cinch Championships takes place at Queens Club in London on Monday as another ATP 500 event gets underway as the lead up to Wimbledon continues. It is a fairly quiet day in the capital though with players recovering from qualifying performances or heavy runs last week.

Despite that though there is a good schedule on the Centre Court which includes a couple of former champions here and plenty more players who are capable of going pretty deep in the event this year too.

We get underway with the powerful American player Reilly Opelka in action. He takes on the complete opposite in terms of style in the form of the beaten semi-finalist last year in Alex de Minaur. When they are done the first of three British players will be on show when Jack Draper takes on the Indian Wells champion Taylor Fritz before one of the ties of the first round and certainly the match of the day on paper takes place as Grigor Dimitrov takes on the beaten finalist of a year ago in Cameron Norrie. The other British player to take to the main court on Monday is the wildcard Liam Broady. He meets the former champion Marin Cilic.

The doubles tournament begins over on Court 1 on Monday but mixed in with that are a couple of first round games in the singles draw as well. It is actually the singles which gets us underway on this court when two Spaniards meet for a place in the last 16 as Albert Ramos-Vinolas takes on Alejandro Davidovich Fokina. Once a doubles match has taken place the other singles match will be on court. That sees the Italian rising star Lorenzo Musetti going up against the mercurial Alexander Bublik, who in theory should be a danger in these conditions.

I was keen to take Reilly Opelka on in the opening round when I saw he was in the draw this week. He has won just six of his 17 career matches on grass, which is a surprise given the weapons he has, but clearly a genuine record when you consider how long a period that run spans over. As luck would have it, he faces a player he hasn’t beaten in four attempts in Alex de Minaur, a player who was a semi-finalist here last year before winning in Eastbourne the following week.

The Australian disappointed at Wimbledon but you’ve got to think the amount of tennis he played in getting there, and often bunched up too because the weather during both Queens week and Eastbourne was not great. De Minaur is considered one of the better returners in the game so it might just be that he is able to nullify the threat of the Opelka serve. Those four meetings were all in 2019 but that is recent enough to be relevant here. They were all on hard courts which suit Opelka better. Grass is de Minaur’s surface and I think he can be the first winner of the week.