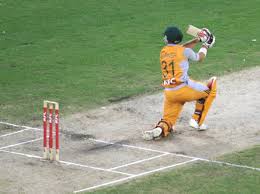 We reach the end of the fifth round of matches in the CSA T20 Challenge on Friday when the four sides who didn’t play on Thursday take to the field again on Friday on what looks like a big day in the race for the playoffs.

We have a top against bottom clash on the day and then the two sides either side of the playoff line meet so both matches carry real significance on the destiny of the season not just for the four teams involved but plenty of others. Once again both matches are on Free Sports in the UK.

The opening match of the day sees the bottom of the pile Knights looking to build on finally getting off the mark last time out, hosting the leaders Western Province who remain undefeated for their season and will confirm a spot in the semi-final if they win this match.

Knights finally showed up with the bat in the last game and they won accordingly but they only beat the Warriors and we saw on Thursday that they are a struggling side. Western Province are cruising at the minute. They have plenty of experience with the bat and probably the best bowling attack in the competition and it is that which is probably significant here because the Knights still need to prove they can do it with the bat against a decent bowling attack rather than the weak one of the Warriors. Everything we’ve seen in the competition so far suggests Western Province will win this one but the odds reflect that so I’ll sit this one out.

It might well be that the bigger of the two matches is the second one on the card as the fifth placed Dolphins take on the fourth placed North West Dragons with the winner ending the round in the top four and with their semi-final destiny in their own hands.

This is probably the biggest match of the season so far. The Dragons started the campaign with two wins but they have now lost their last two matches whereas the Dolphins are on a win-loss run which they obviously need to make sure contains a win here. I suspect the Dolphins are the better of the two teams here but I’m going to look at a different market for a bet which is the highest individual score where the line is 61.5. These two sides have played four matches each and the only 50 a batter has scored in any of them was when Dwaine Pretorius went mad against the Boland Rocks two matches ago but that was very much hitting with their back against the wall. We saw on Thursday that this pitch was dusting up and taking spin and another day of sun on it in the early game on Friday is only likely to make it tougher. South Africans don’t play spin well as a rule but the seamers on these two sides are pretty good so I’m expecting a low scoring match. I think the 61.5 line is unlikely to be breached here.