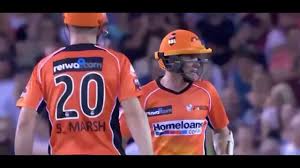 The CSA T20 Challenge resumes after a day off on Saturday when the third set of matches in the competition get underway as four teams look to better their positions as we head towards the end of the first quarter of the campaign.

We have to wait until Sunday for the two leading sides to come back to the party so Saturday presents a chance for the chasing pack to shine. Once again both matches will be shown live on Free Sports in the UK.

The opening match of the day sees two teams who have a win and a loss on their record as the Warriors take on the Dolphins in a match which will see the winners move into a healthy position in the league table and the losers needing to mind their work a little.

The Warriors opened up their campaign with a really good win over the Titans and having done that they will be disappointed to have been beaten by the Western Province in their second game. The Dolphins cruised past the Knights in their starter before coming up short against the Lions last time out so one of them will get back to winning ways here. I guess the form book would point to the Warriors in this one as their win over the Titans is likely to carry more weight than the Dolphins one over the Knights. Even the loss to the Western Province doesn’t look too bad for the Warriors. The Dolphins look a good side on paper though so I don’t really feel comfortable taking them on so I’ll leave this first game alone.

The second match of the day sees one of the two sides yet to pick up a point looking to get their season off and running when the Knights take on a Titans side who have a win and a loss on their ledger to open up their campaign.

The Knights have looked ordinary so far this season, especially with the bat where they won’t need me to tell them that scores batting first of 128/5 and 94/9 are not going to cut the mustard. They look like a team who are clearly missing Rilee Rossouw but he is still away at the PSL. It might be as much of a concern that in four matches they have only taken four wickets so they are clearly struggling and when you get restricted to 94/9 in your last match it takes a real effort to be brave enough to take the risks which need taking in a T20 innings. Titans threw away a winning position in their opening match but held their nerve to turn their second one around and I fancy we might see them go from strength to strength here. This is a side who have the likes of Quinton de Kock, Heinrich Klaasen, Junior Dala and Tabraiz Shamsi among others so they should come to the boil now. Knights have really struggled against spin in this competition and with Shamsi and Aaron Phangiso, the Titans have two of the best of those in the competition. I can’t see past a clear Titans win here.