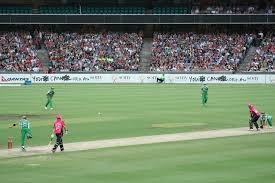 The CSA T20 Challenge sees the second set of group matches come to a close on Thursday when the four teams who were not in action on Wednesday take to the field at St George’s Park in Port Elizabeth once again.

Both the matches on Thursday sees two sides with a win to their name from the opening match taking on teams who lost their first game so that should add a competitive dynamic to the matches which can both be watched on Free Sports in the UK.

The opening match of Thursday sees the North West Dragons looking to make it successive wins to open up their campaign when they take on a Knights outfit who will be wanting to get their tournament up and running from a wins point of view here.

The Dragons edged out the Lions in their opening match when they held their nerve with the ball to defend a fairly average total in just 136/6 so they will know if they can improve with the bat then there is no reason why they can’t go well in this match. The Knights were beaten by the Dolphins in their first match when they couldn’t quite get on top of the bowling. That might not look a terrible result as the competition goes on but I think it is fair to say they will want a better performance here. I see the Dragons struggling with the bat quite a bit in this tournament. When Dwaine Pretorius walked out at three in the opener it suggested they were a batter light. I don’t so much mind that given that these pitches aren’t going to be easy to bat on. We saw on Tuesday that on the second day the pitch really dried out and got tough to bat on and with the Dragons light with the bat and both sides packed with spin and slow bowling options I’m happy to take under 295.5 runs in this one.

The second match of the day is the bigger of the two in terms of the established nature of the two sides involved when the Dolphins, who opened their campaign with a win, takes on the Lions who were beaten in their first game of the tournament.

These two sides are no strangers to winning domestic competitions in this part of the world but you would have to say the Dolphins looked a pretty good outfit in their opening match, keeping things tight with the ball and then using their classy batsmen to get on top of the opposition with the bat. They will have to play that well again here because the Lions’ attack isn’t too bad. The Lions have some good batters of their own so this match might be about whoever wins the toss and gets a score on the board. Until we know who that is this one isn’t the easiest match to bet on so I am happy to leave this one alone.