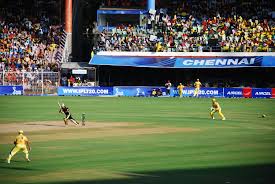 The CSA T20 Challenge comes back from its latest rest day on Thursday and it does so as it enters the final stages of the group phase of the competition. Two more matches take place in Port Elizabeth on a big day for a number of teams.

Two members of the top three are in action on Thursday and they take on sides who know their next defeat will be their last as a competitive entity this term. As has been the case throughout the week both matches will be live on Free Sports in the UK.

The first match of the day sees the Titans looking to continue their winning run to four matches when they go up against the Lions who have just one win from their opening four games and if they lose here they can say goodbye to the playoffs.

The Titans were expected to win the tournament before a ball was bowled in this event and although they started slowly they look to be finding their groove and getting better with every match that they play in the competition. There is nothing to suggest that is going to change against a Lions side who have never really put a complete performance together and who are finding it hard to get their big players into form. They really need to come to the party here if the Lions are going to get the job done in this one. It might be that the need to win elevates the level of the Lions but I’ve still got to think the Titans will have too much here. That is reflected on the odds though so I’ll sit this one out.

The second match of the day sees the home side Warriors looking to keep their participation in the tournament alive when they host the third placed Boland Rocks who could secure a semi-final berth with a win in this contest.

Warriors have one win in their four matches and probably delivered their worst showing of the competition in their last match when they were beaten by the previously terrible Knights. In all four matches they have played they have struggled massively with the ball and you sense if that happens again here they are going to be in big trouble. Boland Rocks took until their third match to get a win in this competition but as it turns out they were only beaten by the top two in the table so they weren’t exactly terrible results or anything like that. The last two games they have found their mojo with the bat and look very good with the ball. In the previous game they bowled something daft like 10 of the first 12 overs of spin and with this being the second match of the day the pitch is likely to take turn by this point. Try as they might the Warriors don’t seem to be able to stem the flow of runs against them so I’ve got to think the Rocks are good things here.

Back Boland Rocks to beat Warriors for a 3/10 stake at 1.80 with Betfair