Barely three months after New York City FC claimed a first MLS Cup title another season of Major League Soccer begins this weekend with 28 teams now lining up with the aim of being crowned champions in nine months.

Squads have been strengthened and managers have come and gone in places to provide us with an exciting season and New York City FC attempt to defend MLS Cup. There are no shortage of sides looking to dethrone them in what should be a truly great campaign.

New York City FC were surprise champions last season I think it is fair to say but Ronny Deila’s charges held themselves together when it counted the most to get their hands on the MLS Cup for the first time. They enter their title defence campaign as 10/1 shots to do what no side has done since LA Galaxy in 2012 and keep hold of the title. They have lost three first choice players and could yet lose Taty Castellanos during the season so they might have their work cut out to be champions again.

Portland Timbers were the side who went down to New York City FC in the MLS Cup final last season. Everything was there for them to win the cup once again. They had home field advantage in the final and all the experience they needed but couldn’t impose themselves on the game and ended up going down on penalties. Diego Valeri has since left Providence Park but David Ayala is said to be an exciting replacement. The Timbers are in a weaker looking Western Conference this season so they could be dark horses at 22/1. 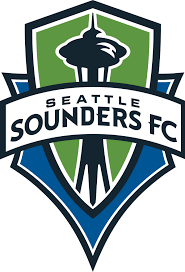 Seattle Sounders haven’t managed to get their hands on the MLS Cup since 2019. They were beaten in the final the following year and despite leading the Western Conference for much of last term they were unable to make a third trip to the MLS Cup final after injuries led to them fading when it really mattered. They have picked up one of the biggest inner-MLS signings in Albert Rusnak from Real Salt Lake and haven’t really lost anyone who was indispensable to them so the quotes of 7/1 favourites might be justified with Jordan Morris and Nico Lodeiro fit to begin the season after injury ravaged campaigns last term.

New England Revolution were the Supporters’ Shield winners last season but it didn’t matter when it really counted as they went down to New York City FC in their opening match of the playoffs. Bruce Arena’s men were completely dominant in the regular season with the MVP Carles Gil one of many to perform brilliantly. As ever when as side does well people take notice of their players which means that the likes of Tajon Buchanan has left and Matt Turner will depart in July. They have recruited well in Jozy Altidore in particular and were so far clear that they have to be respected at 9/1.

Los Angeles FC will begin a new era this season when Steve Cherundolo takes over from the departed Bob Bradley after a difficult campaign last term. LAFC were without Carlos Vela for much of the season and were found wanting after some questionable transfer decisions to say the least. They look to have recruited well this season and the Western Conference doesn’t look the strongest this year so if they can settle down under a relatively inexperienced coach then they might give you a run at 10/1.

Philadelphia Union might feel they have a point to prove this season. The 2020 Supporters’ Shield winners looked like they were equipped to go deep in the playoffs last term, reaching the Eastern Conference final where they had to put out pretty much a reserve side after Covid-19 ripped through the camp and denied them of a number of players. They lost out to NYCFC and the rest is history. They surprised many when they allowed Kacper Przybylko to leave for Chicago but they are a club on the up and shouldn’t be discounted at 14/1. 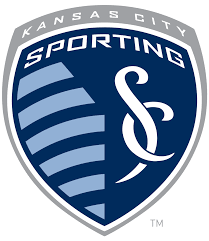 Sporting Kansas City probably should have topped the Western Conference table in the regular season last term despite injuries hampering them throughout the campaign. They have largely kept hold of their better players with the exception of Ilie Sanchez but have acquired Robert Beric from Chicago Fire to provide support up top for Alan Pulido who couldn’t avoid injuries and international call ups last term. Peter Vermes still has the Midas touch and it would be wrong to think SKC won’t be there or thereabouts again at 16/1.

Another eye-catching signing in the off season was Brazil international Douglas Costa who left Juventus and went to LA Galaxy. Galaxy missed out on the playoffs last season so they will be looking for a much better showing this term and with Chicarito and Costa in attacking areas they might just get it. Despite the poor campaign last season Greg Vanney has been given another year and he improved Toronto FC year on year. They might be dark horses at 18/1.

Colorado Rapids were actually the team who topped the regular season table in the Western Conference but it did them no good as they were no match for Portland Timbers in their playoff opener. They are 18/1 to win MLS Cup this season but will need to overcome the loss of Austin Trusty to Arsenal in July. They have kept their squad together in the main apart from that though so they could be in position to go again although an early exit in the Champions League raises concerns.

As ever, MLS continues to expand and there is one new team in the competition this year. That is Charlotte FC who will compete in the Western Conference this term. With a Spanish coach a number of Latino players in their squad it looks like Charlotte will attempt to play a technical style of football and it will be interesting to see how that pans out. Leicester City fans might follow this side with interest and it contains their Premier League champion Christian Fuchs. New teams tend to struggle in their first season in MLS so anything better than a struggle will be a success for them.

Unfortunately the many markets we got to bet outright on the MLS on a few years ago have diminished after we took bookmakers to the cleaners with the Columbus Crew in 2020 so we only really have the outright market to get stuck into. Some firms are offering a top goalscorer market but with so much international football throughout the year and Covid still not completely gone I don’t want to go near that. I will take two outright bets though.

I think the Eastern Conference will be the stronger of the two Conferences this year and one of the reasons for that is the quality within Toronto FC. Bob Bradley has taken the reins this season and he knows how to get the best out of sides. This was a Toronto FC which underachieved massively last term although injuries didn’t help them but with attacking stars such as Jesus Jimenez, Alejandro Pozuelo and Ayo Akinola in place with Lorenzo Insigne to come along in July, the Canadians should be much improved. It isn’t wholly ideal that Jozy Altidore and Richie Laryea have left but this is still a very strong looking TFC side which Bradley can get natural improvement from and then with Insigne up to speed by the crunch time in the season I think Toronto can launch a real tilt at the MLS Cup.

It might be a season too soon for Chicago Fire who have had a huge turnover of player in the close season but they caught the eye when they broke their transfer record to bring Xherdan Shaqiri to the windy city and with Kacper Przybyklo and Mexico international Jairo Torres also coming in the Fire look to have given themselves some decent attacking options. They have also added the experienced Rafael Czichos from FC Koln so I’m expecting an improvement in them at both ends of the pitch. It is still a long shot to expect them to be among the best in the competition but remember you only have to finish seventh in a Conference to extend your season and in one leg knockout matches anything can happen from there. I’ll burn a sheckle at 100/1 to see how the Fire go.