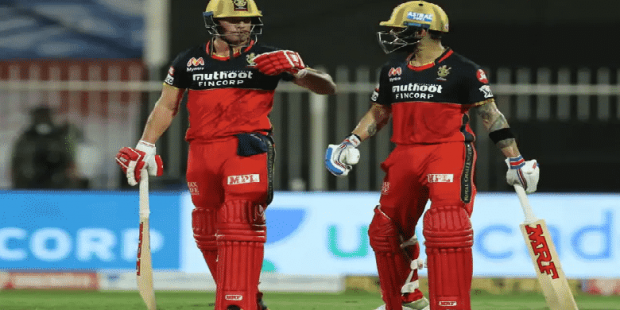 The brainchild of Lalit Modi and multiple stakeholders, the Indian Premier League wasn’t given a warm welcome to the Indian cricket fans initially. However, as time passed by, people wholeheartedly accepted the tournament.

The Indian Premier League, today, is hailed as the big daddy of T20 cricket. It is the most popular and competitiveT20 franchise cricket tournament across the world. The cash-rich league has witnessed many legendary cricketers coming together and produce an ever-lasting experience for the fans. Over the years, we have seen a lot of legendary overseas and Indian cricketers produce heart-warming performances.

The first game of the first-ever edition of the Indian Premier League was held in Chinnaswamy Stadium between Royal Challengers Bangalore and Kolkata Knight Riders in 2008. Brendon McCullum took the stadium by storm, scoring a humongous 150+ score on his debut. Kolkata Knight Riders bundled Royal Challengers Bangalore for a paltry sum of 82. This was the prelude for better things to come.

Indian Premier League has successfully staged 13 editions so far. There are a lot of cricketers who have exhibited sensational performances in the tournament and wrote their names in the history books. Of all the great players who have left a mark in the league, we have shortlisted our all-time XI of IPL.

The hard-hitting West Indies international, Chris Gayle is one of the two openers featuring in our all-time IPL playing XI. In a career spanning 140 games, Chris Gayle has amassed 4950 runs with his highest score being 175* against Pune Warriors India. The player was a fan-favourite in Bengaluru after Royal Challengers Bangalore brought him as a replacement for injured Dirk Nannes in 2011.

Chris Gayle is arguably the biggest ambassador of T20 cricket. He played numerous match-winning knocks in the tournament for different franchises over the years. Currently, he is plying his trade for Punjab Kings.

The former captain of Sunrisers Hyderabad has played 148 games in the Indian Premier League and has 5447 runs to his name at a strike rate of 140.13. In his career, he played for Delhi Daredevils (now Delhi Capitals) before he came to Hyderabad outfit. He lifted the most coveted Indian Premier League trophy in 2016 after his side defeated Royal Challengers Bangalore by 8 runs at M. Chinnaswamy Stadium.

An able deputy of Virat Kohli at Royal Challengers Bangalore, AB de Villiers is an adopted son of Bangalore and Karnataka. The player has got so many acronyms and accolades to his name. He is one of the fan favourites in India. In 176 appearances in the Indian Premier League, AB de Villiers has 40 half-centuries and three centuries while amassing 5056 runs. His 133* against Mumbai Indians at Wankhede is still one of the best knocks in the Indian Premier League.

Though RG Sharma is the opener of the Indian team, the player started his career as a middle-order batsman. He is the most successful captain in the Indian Premier League with five titles to his name. As a batsman, Rohit Sharma has 5480 runs in 207 games. He is also one of those players to have picked a hat-trick in an IPL game. The player achieved the feat when he was playing for Deccan Chargers Hyderabad. (Now Sunrisers Hyderabad)

The favourite son of Chennai, Mahendra Singh Dhoni, has to be in the list of all-time playing XI of every format. His achievements are innumerable. Though he doesn’t have excellent numbers, the titles speak for him. The skipper of Chennai Super Kings has three Indian Premier League titles to his name. He also holds the distinction of taking the team to the knockout stage every year barring 2020.

The Mumbai Indians all-rounder has played a big role in all the title runs for Mumbai Indians. He has great numbers in both batting and bowling. In 171 appearances, he has 3100+ runs as well as 63 wickets at an economy of 8.83. Over the years, he has stepped up to the occasions whenever the top-order collapsed early, or if the team needed a late flourish.

One of the most entertaining all-rounders in IPL, Dwayne Bravo has played an integral role in Chennai Super Kings and Mumbai Indians’ success. As a bowling option for the skipper, Bravo played a brilliant role by stemming the run flow. On the other hand, his lusty blows were enough to decimate the opposition on any day.

The highest wicket-taking Indian in the Indian Premier League, Amit Mishra is one of the underrated players in the league. He has 166 wickets in 154 games and is on the verge of taking over Lasith Malinga in terms of the number of wickets taken. He is our second bowler on the list of all-time playing XI.

Lasith Malinga, undoubtedly, has played a massive role in helping MI reach heights. Lasith Malinga is the highest wicket-taker in the history of IPL. In 122 games for Mumbai Indians, Lasith Malinga has 170 wickets to his name at an economy of 7.14.

MI fast bowler, Jasprit Bumrah would be our list player in the list. Bumrah made his name in a very short span of time. Within a couple of years, he cemented his place in the Mumbai Indians side and soon he received an Indian team call-up. Bumrah, today, is one of the best fast bowlers in the Indian Team and leads the MI pace attack. Bumrah has 115 wickets in 99 matches in the cash-rich league.