After the first women’s major was played last week the stars of golf head up Magnolia Lane this week for The Masters, the traditional curtain raiser for the major season for the men and one which throws up a potentially great week of golf.

It was a superb week for Japanese golf last year when Hideki Matsuyama won the title and he will be back to attempt to make a successful defence of the crown but with so many players coming here in great form he’ll have his work cut out.

If you are a big golf fan you will know all about Augusta National but anyone who may not be familiar with the track it is a par 72 which stretches to 7,510 yards and with rain in the area this week it is expected to play to a full yardage. The fairways are wide here and the rough never really too penal particularly with the greens being soft which they will be even allowing for the sub air system to dry them out a bit. The green are the feature of this course. They are big and have large slopes on them.

This has become a course for the bigger hitters and with rain around early in the week that might not change here. If you are a statistics man then approach shots is the one although more and more often putting is becoming a key feature for the winner of the tournament. There are near enough no flat lies on this golf course so keep an eye on the players who can be creative and shape their shots as players will need to move the ball both ways at times. 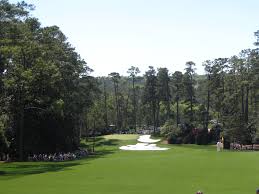 A lot of the talk in the lead up to the tournament was on players who won’t be here for the first time in a while such as Phil Mickelson, Henrik Stenson and Jason Day but the closer we have got to the tournament the more the attention has been on one man – Tiger Woods. At the time of writing the 2019 champion will return to competitive golf this week and his attendance will elevate the profile of even this tournament.

There is also the matter of the race for the number one ranking. Current occupant Scottie Scheffler is in the field here as are contenders for the position in Jon Rahm, Justin Thomas, Patrick Cantlay, Collin Morikawa, Viktor Hovland and Cameron Smith. The defending champion Hideki Matsuyama is also in the field as are the likes of Rory McIlroy, Jordan Spieth, Brooks Koepka and Dustin Johnson who might all enjoy going under the radar a little. In short the 91 players with tee times form a very good field.

We have 12/1 favourites to win this tournament this week and they would both be winning the Green Jacket for the first time if they were able to get over the line. They are Jon Rahm and Justin Thomas, both major winners already but yet to climb the summit at Augusta National. Clearly these two are good enough to be there or thereabouts but I can’t be having Rahm until his putter comes to the party and the same issue puts me off Thomas. Thomas only has one top 10 in six starts here which isn’t the sort of form you would expect either but he does have an elite caddy who has won around here before which might be valuable. Rahm has been in the top 10 in the last four stagings of this event but he has lost strokes with the putt in his last four recorded efforts. You don’t win around here if you don’t putt well.

Dustin Johnson was the champion here in 2020 but a slight caveat to that was that it was the year when the tournament took place in the autumn rather than the spring. Even allowing for that the WGC Match Play semi-finalist has three other top 10s here and if his putter cooperates nicely then he could go well once again. You just sense this tournament is a month or two too soon for him to hit his peak form however.

Cameron Smith and Scottie Scheffler come next in the betting. I’ll elaborate on the former a little further down this preview but the latter at 18/1 will interest plenty given that he has already won three times this season. There is a trend around here that the winner has generally already won that season and that would make sense because this place is too tough to win without any form. Scheffler has had a couple of spins here finishing 19-18 in those two efforts so he has something to find but he is clearly a much better player now. He’s dangerous.

We all know that Rory McIlroy needs this title to complete his own personal Grand Slam but he has needed it for a while and hasn’t really got close to winning it. His missed cut in Texas last week can’t have helped confidence very much and he has bombed too many good positions this season for me to think that he’ll get over the line in what would be the biggest win in his career should it come along. 20/1 is a fair price but I’m not interested in it. 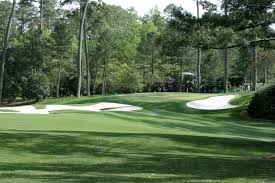 As I alluded to above my main bet this week is The Players Championship winner Cameron Smith. I was on him that week and I was also on him when he won the Tournament of Champions at the beginning of the season so I’m hoping he can complete a hat trick of wins carrying my money. There is no weakness in the game of Smith anymore. It used to be with his driver but that is nowhere near as scruffy these days and we saw at TPC Sawgrass that the iron game and in is in fantastic order. He has three top 10 finishes around here including a runner up finish behind Dustin Johnson in 2020. There isn’t a problem if he has the odd loose drive here anyway because the rough isn’t that penal but the softer fairways will widen the target areas anyway. Few in the world have a short game like his and at 18/1 he’s a standout player this week.

Adam Scott is a former winner around here and I have seen signs that I like that he could really contend in this tournament again. He started the year fantastically in the desert with top 10s in Abu Dhabi and Dubai and then finished fourth in the Genesis and made the knockout stages of the Match Play. The thing I have likes is that prior to TPC Sawgrass, Scott gained strokes in his five previous tournaments with the putter and we know that when he putts well he is always dangerous because he is such a good striker of the ball. The course being a little softer and slowing the slopes of the greens up a little bit certainly won’t harm the Australian so I’ll take both main Aussies as my main bets.

Thomas Pieters was fourth here on debut back in 2017. I was on him that week and I’m happy to be on him again here. The Belgian has won twice in the last five months, coming out on top in the Portugal Masters and the more significant Abu Dhabi Championship and nobody made more birdies than him in the group stage of the WGC Match Play last month so his form is clearly very good. He has the length to get at the holes which you can really attack around here and his short game looks in decent order. He’s another who won’t be inconvenienced at all in the early stages by the softer course and at a three figure price he looks well worth backing.

Brian Harman sat in a tie for second at the halfway stage in this tournament 12 months ago but could only muster a couple of 74s over the weekend to fade away and finish in a T12 position but that was enough to get him back here and I’ll pay to see how well he goes this week because he is generally very good on the approach shots and in three of his last seven recorded tournaments he has been in the top 10 for strokes gained putting. Those are the two facets I like around this course. Lefties have a very good record around here and with there being signs that Harman is getting the hang of the track, and that he comes in here with a couple of top 10 finishes to his name I think he is another three figure pick that is worth chancing.