The DP World Tour switches from Holland to Germany this week for the Porsche European Open, an event which has plenty of history and which is now played on one of the toughest tracks in the circuit which should make for a good week of golf.

Marcus Armitage certainly thought it was a good week of golf last year when he won his only DP World Tour title to date. He is part of a competitive field this week looking to keep hold of the title. That won’t be easy though.

We are back at the Green Eagle Golf Resort in Hamburg which will stage this tournament for the fifth time. This is a bit of a beast of a course. It can stretch to 7.800 yards and beyond but the official yardage for the week is going to be around the 7,650 range. It is a par 72 but not a traditional one as there are five par 5s, including two over 600 yards, and five par 3s so the general consensus is that we want to be on the longer hitters here. Water is in play on all but one of the holes.

That isn’t to say that there isn’t a premium for hitting the fairways though. The large undulating greens are easy to find here but the longer hitters will be firing shorter irons into them which means that they can go for the flags a little more which could be the difference. Statistics would show us that there is a real premium on finding the fairways and then those who hit the most greens tend to be the ones battling it out for the title so invest in decent long games. 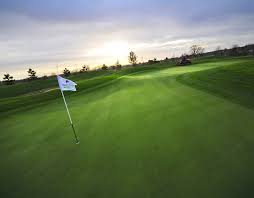 With Jack Nicklaus hosting a tournament on the other side of the pond the field this week was always going to be affected accordingly but it is far from a terrible field. It is headed by Ryder Cup star Tommy Fleetwood, who will be looking to open up his DP World Tour title tally for the year. Among those taking him on will be the defending champion Marcus Armitage and the man who won the Dutch Open last week in Victor Perez.

Three of the top 10 from the Race to Dubai rankings are in the field this week in Pablo Larrazabal, who might have some negative attention during the week given he has signed up to the Saudi Arabian event next week, Adrian Meronk and Adri Arnaus. Four other players in the top 20 also have a tee time. They are Jordan Smith, Ashun Wu, Shubhankar Sharma and the British Masters winner Thorbjorn Olesen. The Hojgaard brothers, Adrian Otaegui Robert MacIntyre, Matt Wallace and the Ryder Cup captain Henrik Stenson are other notables in the field here.

Tommy Fleetwood is an 11/1 favourite to win the tournament this week. There have been signs that he has been bubbling along out in America in recent weeks so it certainly wouldn’t be surprised if he lands the title now he is dropping in grade so to speak. He has top 15 finishes in both majors so far this year and you would think he isn’t coming over for a jolly up when he is back in America for the US Open in two weeks. This will be his first taste of Green Eagle which is one concern and the price isn’t going to get us rich so I’m happy to leave him alone despite his obvious chances.

Adrian Meronk is the 20/1 second favourite to win the title this week. He is another who has been knocking on the door of a first success on the DP World Tour and with his length and ability it might be that a course as tough as this one is where he will break his duck. He has finished third in three of his last five starts but if there is something to take the shine off of his chances it is that he finished T45 here last year. He’s a better player now and in better form though so he has every chance.

Jordan Smith is a 22/1 chance to win the title this week. He has won around here in the past having landed this title in 2017 and he finished T11 last year so Green Eagle is clearly a place he enjoys playing his golf. He has twice been second on the DP World Tour this season and if his putter plays the game this week he is entitled to go very close. You sense he is another who is waiting for the door to burst open for a win.

Rasmus Hojgaard has been in early contention in the last two weeks but is just struggling to put four rounds together at the minute. That might be significant for those who fancy a flutter on the Dane at 25/1 because this is a tough track and a bad round could be extremely costly. His record here is nothing to shout about and he is probably going to need to drive it better if he is going to win here. Others look to have much better chances. 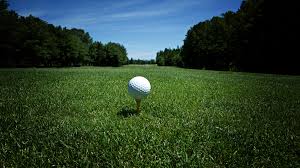 Jordan Smith ranks as a pretty obvious bet this week. If his putter had been even lukewarm at any stage over the last couple of months he could very easily have had a couple of titles on his mantelpiece if not more. It has to be significant that he has won here before when it comes to his putter. Players tend to putt well at places they have had success. It generally fits their eye and I’m sure Smith, who is eating up the DP World Tour from tee to green at the minute, will be full of confidence and positive thoughts heading to Hamburg. Not only is Smith one of the best from tee to green on the tour but he sits fifth in par 5 scoring and there are five of the big holes here. He looks a leading bet to me.

I’m always keen to get on players when they are down in class and that is very much where Matt Wallace finds himself this week having been operating in America prior to his spin at the Dutch Open last week. He came fifth there and if he needed that week to adjust to the slower, heavier conditions of being back in Europe then he should be primed for an assault of note here. Wallace has won in Germany before although it wasn’t here where he won but he’ll have good vibes for this part of the world and at his best he is above this level. He should enough in Amsterdam last week to suggest he is a worthy challenger here.

Marcel Schneider will certainly fancy the job this week in front of his home fans and he arrives here in decent touch as well it has to be said. He arrives here off the back of top 10 finishes in Belgium and Holland and was seventh here last year. You would imagine he will be hugely inspired playing in front of a home crowd having been denied the chance of doing it for much of the last three years and he is hitting the ball well enough to be more than competitive here. He gained almost 10 shots on the field from tee to green in Belgium and more than 7.5 in Holland last week and is hitting a lot of greens. Add into the fact that on large undulating greens like he will find here he was seventh in strokes gained putting in Holland and we have ourselves a very live outsider.

I’ve a hunch that John Catlin has been waiting for a tougher track to come along and the American might well enjoy what he sees this week. He has been recording wonderful numbers from tee to green for the last month or two but the low scoring doesn’t really match up to his strengths. There won’t be much in the way of low scoring this week so Green Eagle should suit him nicely. This is a man who has won at the toughest test of them all at Valderrama so this test won’t be beyond him. If he can continue to hit the ball well and get a couple more putts to drop then he is going to be right there this week.

It might be that this course is a little long for Max Kieffer but I will pay to find out because he is another who is sure to be inspired by the home crowds and he hit the ball like a dream in Holland last week. You’ll get swallowed up if you don’t hit the ball well here so the fact that he can tick that box is very much a positive. Kieffer has a couple of top 15 finishes on the DP World Tour this season and last week he gained almost 12 shots on the field from tee to green. If he is doing that here then it won’t really matter who well he putts. Hopefully his ball striking and will to win at home will allow him to get a few putts to the hole and if it does he shouldn’t be far away either.