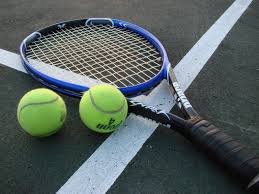 Hot on the heels of the Masters 1000 tournament in Montreal comes the next one in Cincinnati as the Western and Southern Open gets going on a quiet day of action in Ohio on Sunday, one where a couple of home players will be looking to make progress.

We still won’t have had the final of the Rogers Cup in Montreal by the time this tournament is expected to get underway but despite that Amazon Prime Video will have all the action across both the matches.

The opening match of the tournament sees the Dutch star who broke through in this part of the world a couple of years ago in Botic van de Zandschulp taking on one of the form horses of the last couple of months in Maxime Cressy.

This is a big month for the Dutch player because at the end of it he will be defending quarter final points from the US Open so he needs to find some form here to take to New York with him. Cressy is seeing his ranking rise all the time with his title in Newport and a final in Eastbourne doing his form no harm at all. He hasn’t translated that form to the hard courts and it will be interesting to see how his serve and volley style fares on it but you would imagine the way he is hitting the ball will make him extremely competitive here. I’m expecting tiebreaks in this match. Both these players have serves which aren’t easy to return and neither are blessed in the groundstroke department so it stands to reason that unless the morning rain has slowed conditions up dramatically that we are going to see plenty of service holds. That makes me think over 23.5 games is the way to play this one.

The night match on Sunday sees another American player looking to make progress when Mackenzie McDonald takes on the former Indian Wells finalist Nikoloz Basilashvili for a place in the second round of this Masters 1000 event.

Basilashvili will play on a hard court for the first time in this part of the season after battling with media reports of match fixing and a few other things recently. None of that is likely to help him and when you consider the Georgian has lost his last three matches too this could be a tough night for him. He might take comfort from the fact that McDonald has played four matches since Wimbledon and only won one of them but at least he has been active on a hard court. That might be the difference for the American but in my eyes Basilashvili is the better player of the two so if he fancies the job he could easily win this. There are more questions than answers though so I’m happy to leave this one alone.