With the shift around in the order of the races across the four days, the final day of the Cheltenham Festival on Friday contains just the two handicaps, but much like the ones which have gone already this week they look very competitive affairs.

The first of them is the County Handicap Hurdle which is always a tough race to come out on top in and then the last of the handicaps is the final race of the meeting for the conditional jockeys. We’re going double handed in both of them.

26 runners for the County suggest you’re going to need a lot of luck & a good jockey aboard to land the spoils here.  State Man is a ridiculous price for Mullins/Townend as he’s only landed a maiden hurdle in his short career.  Admittedly, he could be much better than his current mark but there’s no way he should be so short on what he’s achieved on the track.  Colonel Mustard is another Irish contender stepping up into handicap company & whilst he looks well handicapped, he’s going to have to step up considerably on what he’s achieved to date.

The first of 2 bets is West Cork for a yard that loves to target this race.  A decent novice, he came back to run in the Greatwood here in November after 18 months off the track & unbelievably, he came home in front.  He travelled supremely well that day to finish in front of Adagio.  Others in behind include Camprond who finished 4th in the Coral Cup & would have probably won on better ground, Glory And Fortune who was 5th in the Champion Hurdle & Maries Rock who won the Close Brothers Mare Hurdle.  On his last start at Kempton, he finished 5th in his only run where he’s finished outside the first 2.  He again travelled into the race nicely but didn’t quicken & some abnormalities were reported post-race.  He’s been kept fresh & he races off the same mark so back at the scene of his Greatwood success, he looks like a cracking bet.

The Betfair Hurdle was a super race & I think the form will stand up well so the one I’m taking out of the race is the 2nd horse home, I Like To Move It.  He was short headed by Glory And Fortune but stayed on in the manner of a horse that would improve again for a return to this stiffer track.  He also took quite a keen hold that day but looked arguably the most likely winner but wasn’t disgraced as Glory And Fortune has franked the form in the Champion Hurdle earlier this week.  Previous to that he won 3 on the spin in small fields including a pair here at Cheltenham where he appeared to have a liking for the stiff finish before finishing 5th of 5 behind Jonbon where the snails pace was completely against him.  A progressive 5 year old, I’m sure there’s more to come & he ranks a solid each way selection.

Open up a BetVictor account during the Festival and bet £5 on any race to get £30 in bonuses! Click the image below to take advantage of this fantastic offer! 18+ T&Cs apply Gamble Aware. 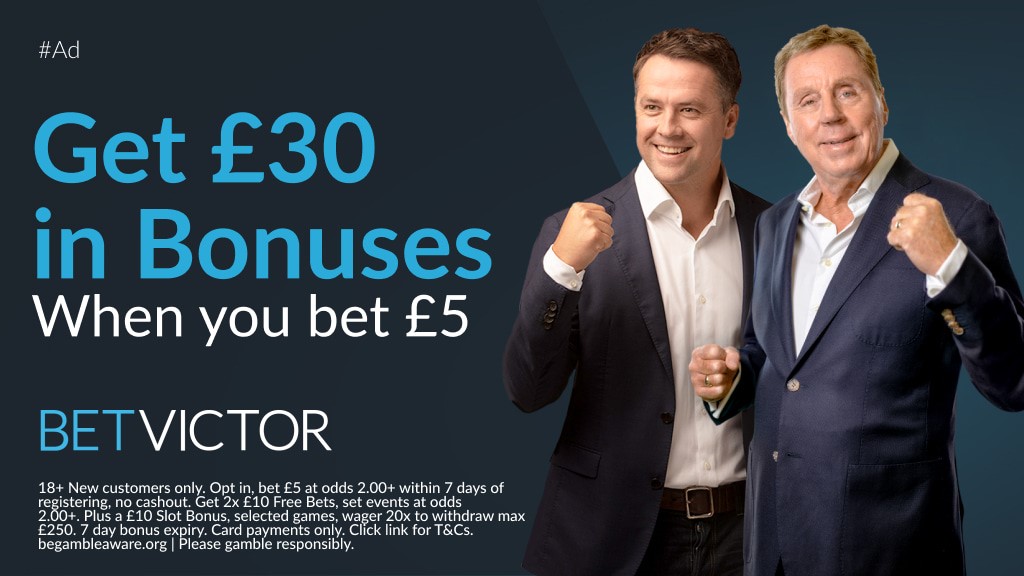 The final race of the week is a 24 runner handicap for conditional jockeys; that really sums up the difficulty of Cheltenham & this race is no exception.  Dan Skelton’s Langer Dan was denied a victory in this race last year by the excellent Galopin Des Champs & has had just 1 run this year which has helped to protect his mark.  He runs off just 2lbs higher today & is thought to be the handicap good thing in the traditional ‘getting out’ stakes.  Willie Mullins & Gordon Elliott are responsible for the next 6 in the market & all of them have some sort of chance but figuring out which has the best chance is a puzzle in itself.  There are however a pair I like at much bigger prices.

The first is Irish challenger Decimation.  This 7 year old is a winner of one of his 7 starts over hurdles but has finished runner up a further 4 times & brings some decent form to the table.  This time last year, he was a neck 2nd to Ashdale Bob in a Grade 2 novice hurdle & the winner was 3rd in the Coral Cup earlier this week off a mark of 152.  Admittedly our selection was in receipt of 5lbs that day but today his mark is just 140 so strict reading of that form would put him right in the mix.  Next time out, he followed that up by finishing 3rd to Lifetime Ambition at Punchestown but again it was all about the horses around him.  Fastorslow was 3 lengths in front & finished 2nd in the Coral Cup & the selection was well ahead of Winter Fog, 4th in the Pertemps yesterday, & Panda Boy, winner of the Pertemps qualifier at the Leopardstown Christmas meeting.  In his one run this season, he was just 6 lengths behind when 7th of 16 in his first handicap but the ground was perhaps a little too soft & he almost certainly needed the run after 10 months off.  Despite that, he travelled really well so with fitness now assured & a decent looking handicap mark, I fancy him to land the lucky last at rewarding odds.

At an even bigger price, I cannot ignore the chances of Party Business.  This 5 year old novice has had just 4 starts over hurdles but has shown more than enough to suggest he could be involved here.  After disappointing on debut over an inadequate trip when tenderly handled, he improved to land a maiden hurdle at Ascot where he travelled well & quickened nicely.  That was enough for his trainer to pitch him into the Grade 1 Challow Hurdle won by Stage Star.  He came to grief 2 hurdles from home just as he was making his challenge & looked to hold every chance although it’s hard to say where he’d have finished.  Visually, I felt he’d definitely have been in the 3 if not better.  On his last run, he was made favourite for the Grade 2 Leamington at Warwick but things didn’t go right as he was struck into his left hind.  That said, he still ran with credit just 8 lengths off the winner.  He gets in here off a nice looking mark & if he can build on what he’s shown so far, he will outrun his massive odds.