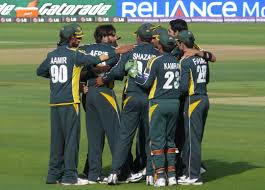 The penultimate round of group matches in the CSA T20 Challenge begins on Saturday when four sides take to the field in Port Elizabeth to battle it out for key points to either secure a semi-final spot or keep their hopes alive.

With matches running out every game carries extra significance from here on in and on Saturday we have a meeting of the top two and then two sides battling it out to remain standing in the last chance saloon. The first game is on Free Sports but only the bookmaker streams are showing the other one.

The opening match of the day sees the top two in the table in action when the Western Province look to secure top spot heading into the semi-finals when they host a Titans side who might well end the day as the favourites to finish top of the pile.

Western Province have been bulletproof so far in the competition, winning five matches from five with a combination of excellent batting and very good bowling but now they come up against the best side man for man in the tournament who since the opening game have gone through the gears and look like they are going to peak at the crunch time of the competition. These two are full of international cricketers so this should be a cracking contest but it is one to watch and use as a marker for the latter end of the competition rather than bet on in my eyes.

The second game of the day will see the season end for one of the two established sides in the competition when the home team Warriors host the Lions in a match where winning isn’t just the order of the day but potentially winning with a bonus point if possible.

Both these sides have won just one of their first five matches and a fifth loss will be their last as a competitive entity in the competition so you could suggest this is knockout cricket. Warriors have had the same problem throughout the season. Whatever they do they just can’t stem the flow of runs and if that doesn’t change here then they are in trouble. The Lions have been hit and miss with the bat and that has seen their campaign never really get up and running but we saw earlier in the competition that a previously terrible with the bat Knights delivered the goods against this Warriors attack so I wouldn’t be surprised if the same thing happens to a Lions team who bat deep and must come good sooner rather than later. Given what is at stake here I expect both teams to give their all and so the 294.5 run line looks a shade on the low side especially with us on a fresh wicket on Saturday.