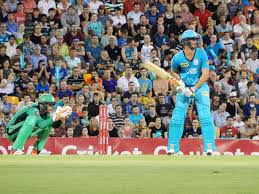 We have reached the semi-final stage of the CSA T20 Challenge with both matches taking place on Friday out in Port Elizabeth on a day when by the end of play we will know the two sides who will battle it out for the title on Sunday.

The top four sides have made it through to the knockout stage. Three of the four have been known for a while and the other secured their place on Wednesday. The equation is simple. Win and come back Sunday. Lose and you’re done. Both matches are on Free Sports in the UK once again.

The two most recognisable names in the final four meet in the opening semi-final when the tournament favourites Titans take on the last team into the last four in the form of the Dolphins, in a match which could well see the winners go into the final as favourites.

The Titans dropped their opening match but they flew home after that with six successive wins and give of those were pretty emphatic. They look like the team to beat and while the Dolphins have some big players and a power reputable batting unit but whether those big hitters will be able to impose themselves on these pitches which have really tired out in the last week remains to be seen. Even if they can it isn’t like the Titans don’t have power hitters. What the Titans do have is probably the best spin duo in the competition in Tabraiz Shamsi and Aaron Phangiso and those two could well prove the difference. Generally when the Titans have won in this tournament they have won with plenty in hand and given that the handicap they have to cover here is quite small I’ll back them to do that.

The second and third sides in the round robin stage of the competition meet in the second semi-final when the long time leaders of the pile, Western Province, take on a Boland Rocks side who were more consistent than some but not others.

The Rocks showed in their last match that they can bowl 20 overs of spin but the fact they lost their last match chasing a gettable score only two down is a huge concern to be. Christian Jonker looked like he picked up an injury in that match as well so that isn’t ideal. Western Province have just come off the top of their game in their final two matches and will need to get back on the horse if they are going to make the final. I’d probably still favour them but I’m in no rush to back a 4/6 shot when they look like their race might just have been run. I’m pretty happy to leave this second match alone.