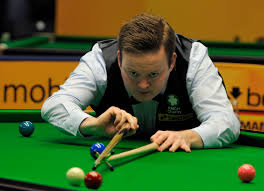 The penultimate day of qualifying for the European Masters takes place inside the Morningside Arena in Leicester on Saturday when another 10 matches are played out across the course of three sessions of action.

We have some decent names on show on Saturday and they include the seasonal bow of Stephen Hendry in what will be the highest profile match of the day. We should be set for another decent day of snooker.

Anthony McGill is the main man in the morning session on Saturday. The Scot begins his season here having given the Championship League a swerve and he’ll do so against Alexander Ursenbacher whose two wins in the CL group wasn’t enough to take him through to the next round but would have restored a bit of confidence. Joe O’Connor is the next highest ranked player on show and he takes on the now amateur player Andrew Higginson in what is a big game for the latter as he has a chance to earn some cash towards getting his tour card back. The other two matches sees Lei Peifan taking on Rod Lawler and Mitchell Mann facing the talented Thai female Nutcharut Wongharuthai.

Shaun Murphy is the star act taking to the baize in the afternoon session. The former world champion will be looking to make up for what was a pretty ordinary season by his standards when he takes on the lowly ranked Scottish player Dean Young. The Gibraltar Open winner Robert Milkins is also on show in this session. He has a tricky looking task against Lu Ning. The other match sees Barry Pinches taking on the second woman on show on the day in the form of Rebecca Kenna, who starts her professional career in this match.

Three matches round off the day and the biggest name of the lot will be on show within them when Stephen Hendry begins yet another season. After barely appearing in the last two seasons it is encouraging that he is in both this draw and the British Open one next month. If he is to get on the plane to Germany he will need to overcome the challenge of Mark Joyce. The highest ranked player on show is the former Welsh Open winner Jordan Brown. He meets Cao Yupeng in what might be the match of the day. Ben Woollaston goes up against Jak Jones in the other game.

I like one bet over the course of Saturday and we have to wait until the final session of the day for it to come along as Ben Woollaston takes on Jak Jones in a match which I think the man from Leicester can win on what is effectively home soil. Woollaston will be a busy man over the next few days because he will be back next week to compete in the second round of the Championship League event having come through his opening group which contained Mark Selby a week or so ago.

Woollaston won all three matches that day, dropping just one frame, and looked pretty good throughout the day. Jones was knocked out of his group with a win, a draw and a defeat and although he made a century early in the group he never really looked like progressing. It is folly to use Championship League form as a guide for this event but the fact Woollaston finished last season well and is starting to look somewhere near his best makes me think he’s a good thing. Jones is much improved over the last couple of seasons but Woollaston has an extra gear and probably edges the tactical stuff too so I think he’ll come through here.