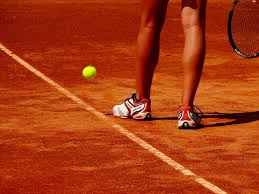 The women have played down to the final at the French Open and on Friday it will be the turn of the men to do the same when the men’s semi-finals take place on the Philippe Chatrier Court on what promises to be another great day of tennis.

We have three Grand Slam finalists and a man who has been in terrific form throughout 2022 so far on show on Friday and with this tournament bubbling up nicely we should expect some spectacular action across both the matches.

The first of the two semi-finals sees Rafael Nadal looking to move to within a win of title number 14 at the French Open when he takes on the Olympic champion Alexander Zverev who will be looking to finally add a first major title to his CV.

Both men came through their quarter finals as outsiders. Zverev took advantage of a Carlos Alcaraz who wasn’t at his best but I firmly believe one of the reasons why the Spaniard wasn’t on top form was the strong play of the German, particularly on his serve. Nadal beat a Novak Djokovic who did little wrong and I think many expect him to win the tournament from here on in, with plenty of justification as far as history is concerned. The one doubt I would have with Nadal is he has been on court for the better part of nine hours in his last two matches and for a man who is nursing a regular foot problem that could catch up with him at some point. The very least we have to expect from Zverev here is his best tennis. I still don’t think it will be enough to beat Nadal if the 21-time Slam winner is anything close to fully fit but I do think in these early day conditions on a hot day that the German has the clean hitting to keep Nadal honest and take him deep enough for the 36.5 game line to be covered.

The second semi-final presents a huge opportunity for two men to make their first French Open final when the Norwegian number one Casper Ruud takes on the Croatian star Marin Cilic for the right to face the winner of the first game on Sunday.

Ruud has got better as the tournament has gone along and is now just two wins away from winning successive events having landed the title in Geneva on the eve of this competition. Cilic has looked like the player who won the US Open back in 2014 since about the third round of this Roland Garros campaign and as such I think we’re in for a corker of a semi-final here. This match could very easily go the distance although I hope Ruud wins in straight sets as I’m effectively on him at 11/1 having taken him outright at 22/1. I suspect he is a worthy favourite here so I’m happy to let that ride although the likelihood is that this will be a close match so I wouldn’t put anyone off the over in games here too.