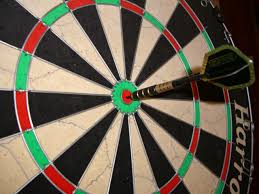 The 2022 Premier League Darts champion will be crowned on Monday evening when the final four head to Berlin to play out two semi-finals and then the final to end what has been a remarkable season of arrer tossing.

The opening semi-final sees the two men who finished the regular season in first and fourth in the table meeting for a place in the final when the defending champion Jonny Clayton takes on Joe Cullen who has made the last four in his debut campaign.

These two met six times in the regular season with Clayton coming out on top on four of those occasions with Cullen winning the other two. I’m not overly sure any of those matter now though with the rise in format. I would be more inclined to think that big stage experience in top drawer events will be more important in this match and that is where Clayton has a distinct advantage. Cullen won The Masters earlier in the year but that remains the only televised final he has been in so nights like this are rare for him which is likely to mean nerves and pressure. Clayton has been in a number of nights like this over the last 18 months or so and he has the advantage of throw in this semi-final. If he gets out in front early I think he could run away with this. Every regular season statistic points to Clayton in this match. He leads the tournament average by more than six points, the 180s by 15 and the double percentage by 5%. He has also had five more ton plus finishes and can win this semi-final with a bit to spare.

The second semi-final will pit the two men who finished second and third in the overall regular season table into battle when former champions Michael van Gerwen and James Wade meet for a place in the final.

These two are no strangers to each other. This will be their ninth meeting in 2022 alone. It will be the sixth time they have met in the Premier League with van Gerwen winning three of their previous five matches. Since then they have met in a European Tour event and the World Series competition in New York which MVG came out on top in and then in Copenhagen over the weekend where Wade won. MVG leads their 2-22 series 6-3 but there isn’t much between the two. The first thing to acknowledge when assessing this match is van Gerwen has pulled out of the World Cup which begins on Thursday to have surgery on a nagging injury so he isn’t going to be fit here. That is definitely not a good thing and while he might have the throw it puts me right off backing him. I actually hope that Wade wins this because I’m basically on him at just over 8/1 having backed him each way before a dart was thrown. He’ll deliver the place part of the 25/1 outshot with a win in this semi-final so I’m happy to let that ride and sit this semi-final out aside from that.