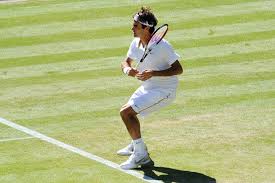 The first round of the Rothesay International concludes at the ATP Eastbourne event on Tuesday with the 12 players yet to get their campaign underway get the chance to do so around the Devonshire Park grounds.

We’ve already seen a couple of seeded players bite the dust this week so the seed who is on show on Tuesday will already have their wits about them. Six matches take place on three courts across Tuesday.

We have men’s action on the main court right from the start of the day on Tuesday. With Serena Williams’ return headlining the action on the Centre Court there will be a lot of attention on this part of Devonshire Park and the home player Ryan Peniston gets the play underway. He meets the exciting French Open quarter finalist Holger Rune. The other men’s match on this court sees another British player in action when Dan Evans begins his campaign against Adrian Mannarino.

We have to wait until the second match for the men’s action over on Court 1 on Tuesday. The first of the two matches sees two men who won a match at Queens last week meeting when Francisco Cerundolo takes on a Tommy Paul who ran into the eventual champion Matteo Berrettini at the quarter final stage. The other match sees two Spanish compatriots meeting when the former Wimbledon boys champion Alejandro Davidovich Fokina takes on Pedro Martinez for a place in the second round.

The men’s competition gets the action started over on Court 2 on Tuesday. In fact, the two matches on this court come in the first two games on the schedule with the man who lost in the final last year opening the show. That is Lorenzo Sonego and the Italian has a date with the qualifier James Duckworth to overcome. The other match on this court sees the former Halle champion Ugo Humbert going up against another qualifier in the form of the Brazilian player Thiago Monteiro.

Whether Lorenzo Sonego is in the sort of form he will need to be in to be able to launch another tilt at the title this week remains to be seen but I do think he is going well enough to see off James Duckworth with the minimum of fuss. I think it is fair to say that neither of these men are having the sort of 2022 they would have wanted but Sonego does at least have the confidence of a couple of wins in Stuttgart a fortnight ago behind him.

Duckworth finally got some wins in 2022 in qualifying for this event but he didn’t really face much in those two matches and will need an improvement to see off the Italian here. Sonego has a good game for grass with a powerful serve and some weapons off the ground and those are things Duckworth lack. He is going to struggle to get into too many service games and at a venue he enjoys I expect the Italian to take advantage and win this comfortably enough.