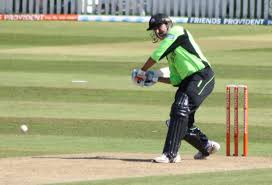 The Royal London One Day Cup continues on Wednesday when another five group matches take place in the competition as we head towards the halfway mark in the opening phase of the 50 over tournament.

With plenty of other cricket being played at the minute this competition is playing second fiddle to some of it which means that if you have a bet and want to watch it you will need to focus on the live streams offered by the counties.

The leaders in Group A are Nottinghamshire after a couple of huge victories and they will go in search of a third successive victory when they head to Bristol to take on a Gloucestershire side, who after just one win in their opening three matches know their campaign will be as good as over if they lose here. We also have a London derby at Radlett in this group where Middlesex and Surrey will look to pick up their second win of the campaign when they meet, while in the other game the bottom two clash at Taunton as Somerset welcome Durham to the County Ground.

The other two matches on Wednesday come from Group B and one of them sees the teams towards the top and the bottom of the table meeting when Lancashire welcome Worcestershire to Old Trafford. Worcestershire are as good as out after three defeats but Lancashire can take a huge step towards the knockout stages with a win. The other match sees the defending champions Glamorgan on show. They have made a perfect start to their campaign with two wins from two and will go in search of a third when Yorkshire are the visitors to Sophia Gardens.

I’ll go with a couple of bets over the course of Wednesday with the first of those coming in the form of the defending champions Glamorgan who I expect to see off Yorkshire. Glamorgan have played two matches and won them both and they have won them courtesy of some big players showcasing their skills. Yorkshire have two wins and a loss to their name so they are going well as well but they are decimated by inclusions in The Hundred whereas Glamorgan have only lost two players to that competition and that has shown. Yorkshire don’t have an overseas player in this competition whereas Glamorgan do and that has already been the difference for them. On their home ground I think the 4/5 on another Glamorgan win is perfectly accessible.

The other bet I like is for there to be more than 572.5 runs in the match between Middlesex and Surrey at Radlett. Radlett is a fast scoring ground which offers little for the bowlers and I’m not sure I would want to be a bowler on Wednesday anyway with the temperatures that are being forecast on the outskirts of the capital but I certainly wouldn’t want to be here. Middlesex have only lost John Simpson from their main batch of batters and although Surrey are much lighter in the strength department in this tournament but they have still put up a couple of solid batting efforts and this is a Middlesex attack missing two components to The Hundred. This has all the hallmarks of a high scoring match here.