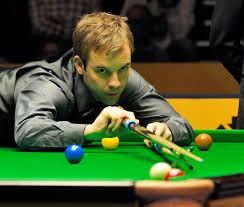 The third day of the Turkish Masters sees the conclusion of the first round of the tournament and the commencement of the second round as the inaugural staging of this event continues throughout Wednesday.

One or two big names have fallen by the wayside so far this week but in the main the majority of them have made it through to the action on Wednesday and we get some of the very best on show throughout the day.

Mark Williams is the star attraction in the morning session and he’ll be on the main TV table when he goes up against his countryman Matthew Stevens, while Jack Lisowski gets his campaign underway in this session as well. We know this is a big week as he chases automatic qualification for Sheffield and he starts out against Martin O’Donnell. There is no resting for Joe Perry after his Welsh Open win on Sunday night. He meets Liang Wenbo while the other matches sees Wu Yize taking on Aaron Hill and Hossein Vafaei squaring up to Ben Woollaston for a place in the second round.

Judd Trump will be in first round action on the main TV table on Wednesday afternoon when he takes on a Chris Wakelin who will be eager for more ranking points. Over on the other main table Mark Allen will look to find the sort of form he had earlier in the season when he faces Jak Jones. Two other matches take place in this afternoon session and they see Ali Carter meeting Jamie Jones in what is sure to be a competitive match between two battlers while Iulian Boiko will look to keep putting what is happening at home behind him when he faces Andrew Higginson.

John Higgins is the main man in the evening session as the second round of the tournament begins. He will meet a Michael Holt who is battling hard to remain on the tour and who had to come through a humdinger in the first round earlier in the week. Zhao Xintong is another who had to win a deciding frame in the opening round and he faces a player who also came through dramatically in Matthew Selt. There are two more matches in this session as well with the former world champion Graeme Dott taking on the young Welsh star Jackson Page while Tom Ford meets the impressive Si Jiahui in the other one.

Graeme Dott has had some good results since the turn of the year but I’m far from convinced that his form is matching those results. He made it to the semi-final of the European Masters in Milton Keynes a couple of weeks ago but he had to survive three deciding frames along the way and then when he came up against someone in form he lost in the last four. It was similar at the Welsh Open last week where he had no answer to Neil Robertson.

He takes on Jackson Page here and clearly Page is no Robertson but in the two meetings he has had with Dott he has gone down in a deciding frame and beaten him in the Pro Series thing last season. Page is a lot less consistent than Dott and probably can’t win matches without his A game but I don’t think Dott has his A game at the minute. He is just battling through. He might well do that again here but these look like good scoring conditions this week and with Page confident after a 5-0 win in the previous round, not to mention a victory over Stuart Bingham to get here in the first place, I think he can run Dott close if not get over the line against him.