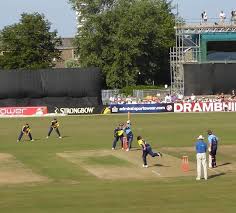 The Vitality Blast has another five matches taking place on Sunday as we begin to head towards the halfway mark in both the group tables in the competition. That means the points will be extremely sought after here.

The Test match has the TV attention on Sunday which means that if you want to see any of these matches and don’t have a ticket to any of them then you need to load up the live streams which will cover them all.

Lancashire lead the way in the North Group but they are not on show on Sunday so there is the chance for the Birmingham Bears to close the gap on the leaders. They welcome a Nottinghamshire side who looked to kick their season into life on Friday night to Edgbaston. Worcestershire were another team who arrived at the party on Friday and they will look to follow up their success over the Bears when they host a Leicestershire side who also beat Birmingham in their last match. The other match in this group sees Durham taking on Northamptonshire in a match you sense is important for both teams.

There are just two matches in the South Group on Sunday and there is a slightly early start in Cardiff where Glamorgan play host to the early pacesetters Surrey. That game begins 30 minutes earlier than scheduled at 2pm so that it is done and dusted in time for Wales’ football match. The other match sees the champions Kent going in search of their first win of the season at the sixth attempt. They play host to Middlesex who suffered a first defeat of the campaign on Friday night and will be looking to get back to winning ways here.

There is a lot of rain around on Sunday and three of these games look like being heavily affected which are the ones in Cardiff, Edgbaston and Worcester. The other two should get through unscathed though and it is the one between Durham and Northamptonshire where I like a bet. These two have already met once this season and ran up a high scoring game despite Ashton Turner leaving the field early in his innings and not being seen since.

The Durham bowling attack looks good on paper but it has gone for a few runs in this tournament. They have conceded more than 200 on two occasions but on the flip side of that they have put up scores of 184/8, 192, 186.7 and 207/8. Northamptonshire have scored 200 twice in this tournament but they have also leaked runs at times as well. We know there is nothing wrong with the pitch at Durham these days and with the home side batting all the way down and the visitors now having Jimmy Neesham to smack it everywhere I expect to see more than 324.5 runs in this one.