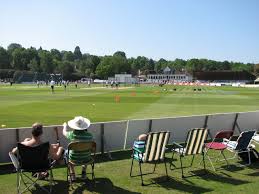 The first week of the Vitality Blast comes to an end on Tuesday evening when another four matches in the competition takes place up and down the country across the two groups, of which the tables are beginning to take shape.

It is becoming a real strong point of annoyance among cricket fans in England that there is a lack of TV coverage of these matches and that remains the case on Tuesday, but thankfully they will all be available via the live streams.

The leaders Birmingham Bears are not in action on Tuesday which leaves the three teams immediately below them with a chance to close the gap over the course of the evening. The big match comes at Trent Bridge where second placed Nottinghamshire host third placed Lancashire in what could be a real big hitting contest. Elsewhere two sides who have made mixed starts to their campaigns clash at Headingley where Yorkshire will look to put their defeat to Leicestershire last time out behind them when they host Derbyshire.

The two pacesetters in the South Group are not in action on Tuesday evening either which means that the chasing pack have the chance to close the gap between themselves and the top two. Gloucestershire and Surrey sit third and fourth heading into the evening and they meet at The Oval with Surrey playing just their second match in the competition. Essex and Hampshire have stumbled out of the starting traps in this tournament but one of them will kick their campaign into life when they meet at Chelmsford on Tuesday evening.

There is a bit of weather around on Tuesday so I don’t really want to bet on the outcomes of any of the matches until we have the result of the toss which is going to be very important over the course of these games. There is one that I’m happy to go with though and that comes in the form of the sixes line in the match at Trent Bridge where Nottinghamshire take on Lancashire in a seriously good looking heavyweight clash.

The sixes line in this match is 12.5 and I think that is a bit on the low side. Admittedly the pitch might be under covers for some of the day but that was the case on Monday night and it played perfectly well. Even though Nottinghamshire’s innings never really got going they still hit six sixes in the 18 overs they faced which is promising. That was with the likes of Joe Clarke and Ben Duckett not getting going. Lancashire are almost certain to contribute to the six hitting with Liam Livingstone and Tim David swinging away and others capable around them. There is always a short boundary at Trent Bridge even if the game is in the middle of the square since that new stand was built so as the weather clears up in West Bridgford the sixes can flow.