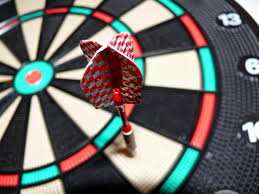 The second day of action at the World Senior Darts Championship is a busy one because the first round concludes and the second round gets underway across two sessions of play inside the iconic Circus Tavern in Purfleet.

We saw some good darts on the opening night of the tournament and with Friday being the day a certain Philip Douglas Taylor returns to the stage we can expect plenty more of the same on what looks a brilliant schedule throughout the day.

It is a couple of former BDO world champions who get us up and running on Friday afternoon when Les Wallace takes on John Walton in a clash of the ages. When they are done the Singapore legend Paul Lim takes to the stage. He faces the qualifier Dave Prins before the first winner of the World Matchplay, Larry Butler, goes up against the former world number one Alan Warriner-Little, who is now a pundit and the CEO of the PDPA. The final match of the afternoon sees ‘The Bull’ Terry Jenkins taking on another man who has forged a successful career out in the media in Roland Scholten.

The evening session on Friday is going to get hyped up to the full but not without reason. In all there are four world champions on show and a ridiculous 30 world titles between them while two other players have been to a world final as we get the second round of the tournament started. We get underway with the only current world champion in the field on show when Wayne Warren meets Kevin Painter. When those two are done ‘Wolfie’ takes to the stage as Martin Adams meets Richie Howson before the eagerly anticipated tie of the round which sees Phil Taylor back on a stage he basically owned in the 90s and 00s. He faces Peter Manley in a repeat of the 1999, 2002 and 2006 World Championship finals. The final match of the day sees the ‘Golden Girl’ Trina Gulliver taking on a Robert Thornton who laid a serious marker down for this title in the first round.

I’ll take a couple of bets over the course of the day with the first of them coming in the form of Dave Prins to see off Paul Lim. I think as a darts fan I’m hoping that Lim wins this match to set up a clash of the ages with John Lowe on Saturday afternoon but he isn’t getting any younger and the last time we saw him on the stage at the World Championship he was pretty ordinary it has to be said. Prins hasn’t played on a stage for a while after the demise of the BDO but he has been plying his trade on the Challenge Tour earlier in the year where he made it to the last 16 of one event and the last 32 of another. He has a number of 90 averages up his locker in those events and plenty more 85+ and that sort of level could get the job done here. Lim didn’t even average 80 in a terrible match with Joe Murnan at the World Championship at the end of last year and won’t have played much competitively since then. As much as I hope Lim wins the value is with Prins in this one.

Moving into the evening and I think the match Kevin Painter has already had on the stage will serve him well against a Wayne Warren who has to be a little rusty having not had much in the way of competitive darts recently. He is also playing with the tag of a world champion here too. I like Warren and when the WDF scene is back up and running fully I wouldn’t be at all surprised if he is a leading light in the game once again but other than a disastrous showing at the Grand Slam in 2020 and a few spins on the Online Live League we haven’t seen much of the Welshman since he won that world title two years ago. These two met twice in the Online Live League back in July with both men winning a match each but both went to a deciding leg. I don’t think there will be much between them here but Painter will be sharper for his spin on Thursday night, particularly at the end of legs, so he’s the value in this one.