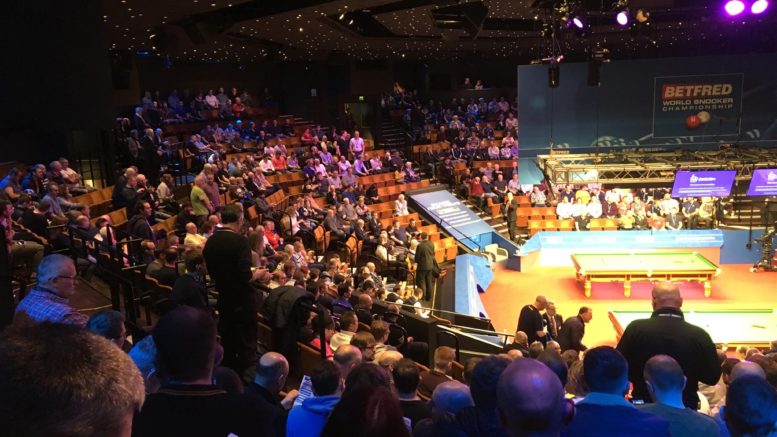 The second day of the semi-finals take place at the World Championship on Friday as the four remaining players in the competition look to move a little closer to competing in the final inside the Crucible Theatre on Sunday.

The first semi-final will have two sessions of play on Friday while the other semi-final will come back for just the one on a day where we are likely to see much better snooker now the players are acclimatised to the one table setup.

Both the semi-finals got underway in very different ways on Thursday. The first semi-final was a bit of a one-sided affair in the opening session as Judd Trump won three of the first four frames before the mid-session interval. He won all four after it so he will take a huge 7-1 lead into the second session against Mark Williams. The big semi-final was the second one between the two legends of the game in Ronnie O’Sullivan and John Higgins. Higgins flew out of the traps to lead 3-0 but O’Sullivan won four of the last five and they will return on Friday afternoon locked at 4-4.

I got involved in the second semi-final before it began and we’re looking in a good place with that so it is time to focus my attention on the other match now. It appears I’m going to struggle to get the place money on my outright bet on Mark Williams but even at 7-1 down I expect him to deliver something over the two sessions that he has on Friday. He was poor on Thursday. He took to Twitter to suggest it was the conditions which is fair enough. I’d imagine some nerves were in there too.

Either way, I don’t expect Williams to be as bad for the rest of the match. We often see the opening day of the semi-finals be a bit sluggish with the table not playing the best. They take down one table and put this one in the middle of the arena through the night ahead of the semis so the doors will be open through the night and the cold air will get in which dampens the cloth and things. The heaters will get rid of that moisture ahead of Friday so conditions should be much more like we saw in the opening three rounds. Williams smashed in 12 centuries in those opening three matches and I expect to see his scoring power over the remainder of this match. Whether that is enough to win the match from here has to be a doubt but there is more than enough time left in this one and he is more than capable enough to cover a 1.5 centuries line.