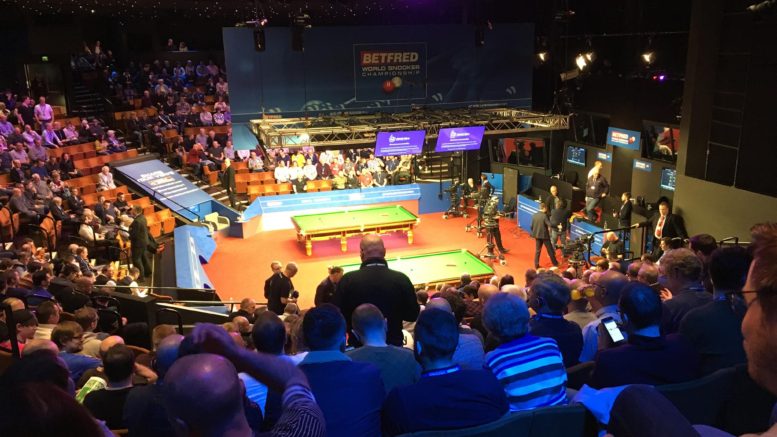 We are all set for a super Saturday inside the Crucible Theatre in Sheffield as the two semi-finals of the World Championship draw to a close as four players battle it out for the two spots in the final of the biggest tournament of the year.

We could have the ‘Class of 92’ final to add to the semi-final we have between two of their members or we could see two of the biggest box office stars in the game battling it out in the final. One thing we do know is Saturday has all the hallmarks of being extremely dramatic.

The two semi-finals played their middle day of action on Friday and after a couple of damp squib sessions to start each one on Thursday, the quality went through the roof on Friday. Judd Trump resumed 7-1 up on Mark Williams and after two sessions in which the two traded six centuries and another eight 50 breaks he saw his lead cut to just 13-11 ahead of the final session on Saturday afternoon. Ronnie O’Sullivan and John Higgins played just one more session and having started at 4-4, the Rocket assumed some sort of control winning six of the eight frames to take a 10-6 lead into their final two sessions on Saturday.

We are left with the two semi-finals to get stuck into on Saturday but I’m leaving the first one between Judd Trump and Mark Williams because all of a sudden our outright bet on Williams has mileage again. He has covered the 1.5 centuries line which we flagged up on Friday so we’re in profit for the match and could be in for a whole lot more should Williams come through and win. I’ll take one in the other semi-final though.

Ronnie O’Sullivan has a high break in this semi-final line of 123.5 and I think he covers that on Saturday. We saw the third session of the other match go up a level in terms of quality and I fancy this one will do the same. Both men covered this line in the other semi-final in the third session and I expect Ronnie to move through the gears. He has looked bang up for this title since the day it started and he’ll know he has to play well on Saturday to finish the deal. O’Sullivan has covered this line in his last two matches and made a 122 in his opener. He has two tons in this semi-final already and I think he has a big one in him over the course of the two sessions on Saturday.